Selenium
Selenium is an open-source web application testing system that records and generates testing scripts that can be used for debugging purposes. 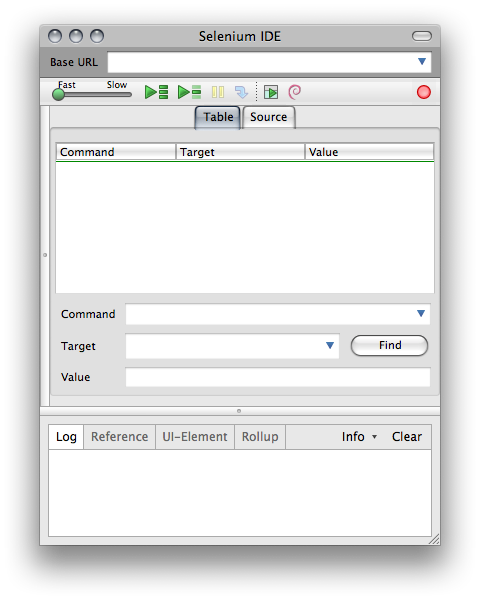 Commands are recorded as they happen, and are listed in the table. You can also go back and edit commands if you want to change anything later.

Additional commands like captureEntirePageScreenshot that can be inserted between commands at critical points where a screenshot would be helpful.

Selenium would be best used for debugging functionality after upgrades and new feature rollouts.

There is a helpful tutorial on CodeDiesel that shows some of the basics of working with Selenium.

Is this article out of date? Do all the links work? Can you fix it? Should it be removed? Let us know, and make the UCLA Knowledge Base a little bit better!